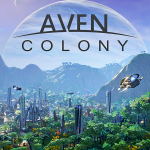 Hi everyone!  For everyone on the beta, we've just posted a new update: 0.1.13041.Yesterday's updated fixed several stability issues, and this update fixes the last known crash bugs that we're currently aware of.  We expect that this should be our last update for another week or so.Scroll to the bottom for the changelist; here again are the installation instructions:

If you used the itch.io client to extract the game, hit Win+R (to open the "Run" box) and then paste the following into that box:%appdata%\itch\apps\Aven Colony Beta\Engine\Extras\Redist\en-us\If you downloaded it as a ZIP, navigate into the directory you extracted it, and then go into Engine\Extras\Redist\en-us .In that folder you should see an executable named UE4PrereqSetup_x64. If you run that, that will install everything that the game needs - and you should then be able to run the game without issues!

While the vast majority of our users are reporting no problems, we want to reassure you that we're fully focused on resolving any significant issues as quickly as possible.  For those of you affected by any issues, thank you for your patience as we work to resolve any issues affecting you.Here's the changelist for 0.1.13041: